Butler appointed to SFWMD governing board

WEST PALM BEACH -- The rural "Heartland" counties of the South Florida Water Management District finally have representation again on the SFWMD governing board.

Butler appointed to SFWMD governing board

WEST PALM BEACH -- The rural "Heartland" counties of the South Florida Water Management District finally have representation again on the SFWMD governing board.

On May 14, Governor Ron DeSantis announced the appointment of Benjamin Butler, Cheryl Meads and Charlette Roman to the South Florida Water Management District Governing Board. 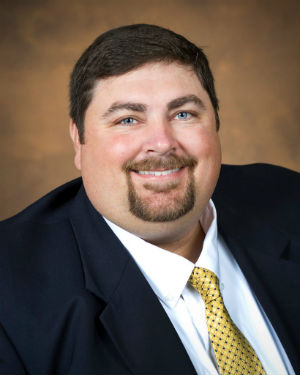 Butler of Lorida, is a fourth-generation dairy farmer and eighth generation Floridian. He is manager of Butler Oaks Farm, a family owned dairy farm. Butler Oaks Farm has operated for more than 80 years and has received the Agricultural-Environmental Leadership Award from the Florida Department of Agriculture and Consumer Services. Butler is a director of the Okeechobee County Farm Bureau since 2007, currently serving as Vice-President, and is the past President and Director of the Okeechobee Youth Livestock Show since 2008. He earned his Bachelor's Degree (2002) and Master's Degree (2019) in Animal Science from the University of Florida.

Butler has taken an active role on his family’s farm since 2005. He is responsible for the dairy herd and its employees, and the care, feeding and day-to-day operations of the dairy, including the environmental and water aspects for the farm. He has been actively involved in his family’s water use for agricultural purposes and water quality projects for environmental preservation. Butler understands the importance of water to not only agriculture, but to the entire central and south Florida growing population and industries. He uses his real-world experience to provide a background of understanding, while acknowledging the complexities and challenges with water quality, availability and flood protection to the region.

Butler is a 4-H volunteer, provides leadership to the Florida Dairy Youth committee and serves on the advisory committee for the University of Florida, Department of Animal Sciences. He is married to Tallahassee native April Butler, and together they have one daughter, Hannah. Much of their free time is spent helping their daughter and other students raise and exhibit their dairy cattle at 4-H shows and events. However, they also find time to enjoy Florida’s natural resources, scuba diving in the Florida Keys for lobster, water skiing on the area lakes and camping throughout Florida. Butler and his family are members of Oakview Baptist Church in Okeechobee.

Seat was vacant for months

Following the 2018 election, Gov. DeSantis demanded all of the SFWMD governing board  members (who had been appointed by former Gov. Rick Scott)  resign when he took office in January 2019, even though their terms were staggered and not all terms were due to expire in 2019.  Governing board members usually serve four year terms. Those board members who at first refused to resign were harassed on social media and with phone calls. One later reported she resigned because she feared for the safety of her family.

While apppointments to the eight other board seats were made by March 2019, the Heartland seat was left unfilled for most of the year. Although more than a dozen people applied for the Heartland seat, the governor did not make an appointment until Nov. 5, 2019.

Butler was appointed by Governor Ron DeSantis in November 2019 to fill the vacant Heartland seat. That term, which had originally belonged to Dan O’Keefe (who had been asked to resign), expired March 1, 2020.  Board members are statutorily permitted to holdover in office for 180 days.  Butler did that so his actual end date was August 28, 2020.

Butler indicated he was willing to continue to serve, but the governor did not reappoint him immediately. The seat was vacant the remainder of 2020 and the first  five months of 2021.

The governor's appointments made May 14 are subject to confirmation by the Florida Senate.

Fair, 81 °F
A chance of showers and thunderstorms before 2pm, then showers likely and possibly a thunderstorm between 2pm and 5pm, then a chance of … Get the full forecast
Lake Okeechobee Real Estate